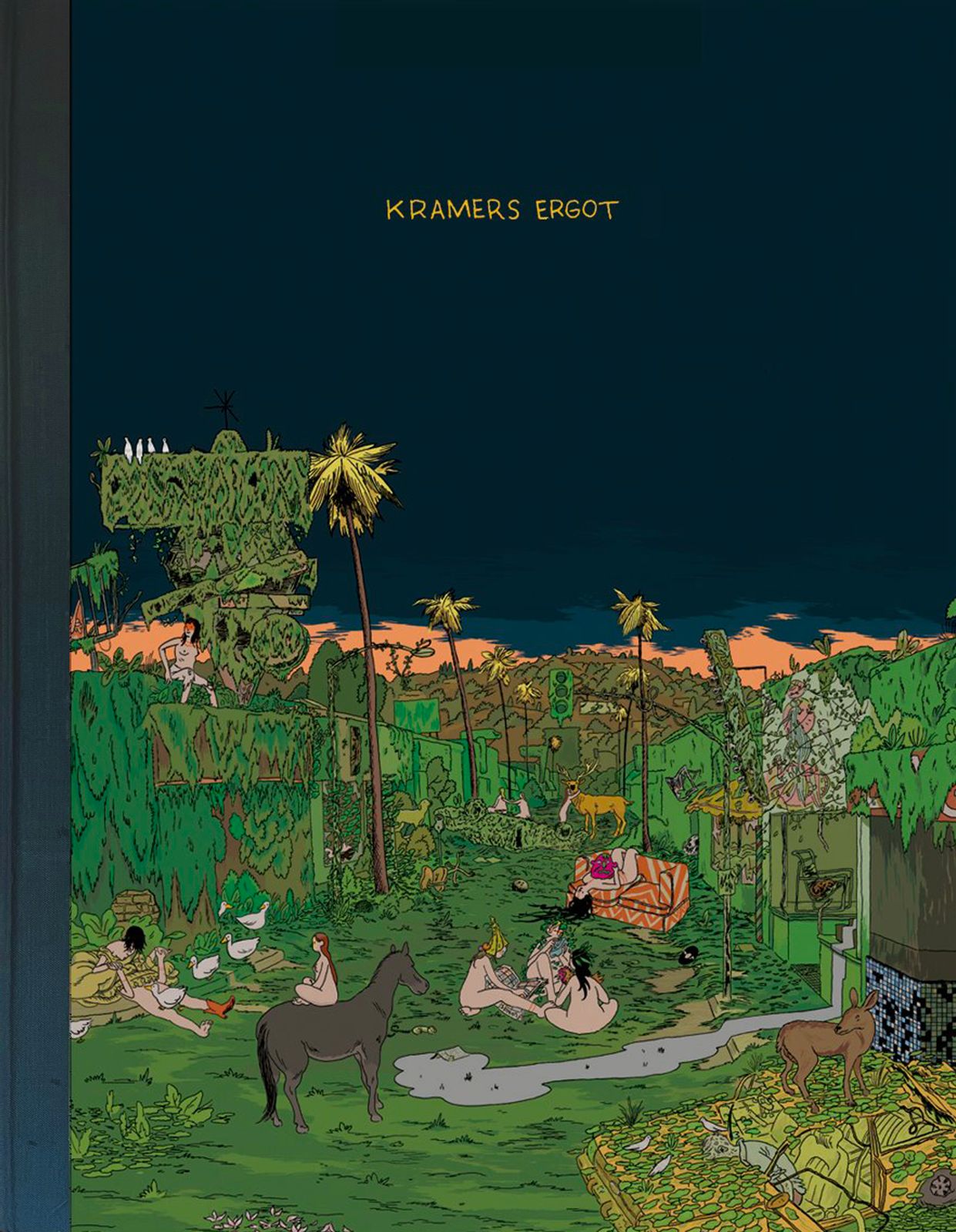 "If there's one book that art-comics enthusiasts would be happiest to find in their stockings this year, it's probably Kramers Ergot 7 (Buenaventura, $125), except for the small matter that it's bigger than an entire hearth. This is one of the grandest English-language comics artifacts ever produced -- a mammoth hardcover anthology, 16 by 21 inches, of new stories by several dozen notable cartoonists, including Daniel Clowes, Seth, Gabrielle Bell, Kevin Huizenga, Sammy Harkham (who also edited the book) and The Simpsons creator Matt Groening. Like the early-20th-century broadsheet newspaper comics pages that inspired it, Kramers Ergot occupies its readers' entire visual field, and most of its contributors have some fun with its dimensions, cramming the page with tiny details or opening it up for apocalyptically huge vistas. The cleverest gesture comes from Chris Ware, whose two-page contribution is built around a cartoon of a sleeping baby printed at the child's actual size." -The New York Times

This large broadsheet format could very well be the natural and best size for the comics medium. Here the artwork is un-tethered to the standard book format, occupying both a dimension closer to the original artwork and a size where its status as Actual Art is evermore clear and hard to debate. After seeing their work this big, it'll be hard for any of these artists to go back."

"What if you gave sixty of the most talented cartoonists working today the single largest canvas they've ever had?" And now, after countless hours of painstaking work you have the answer an astonishing collection that is as epicin its creative achievement as it is in its size. Yes, the page is big; but the wealth of ideas, the visual virtuosity, and the sheer force of emotion are even bigger."